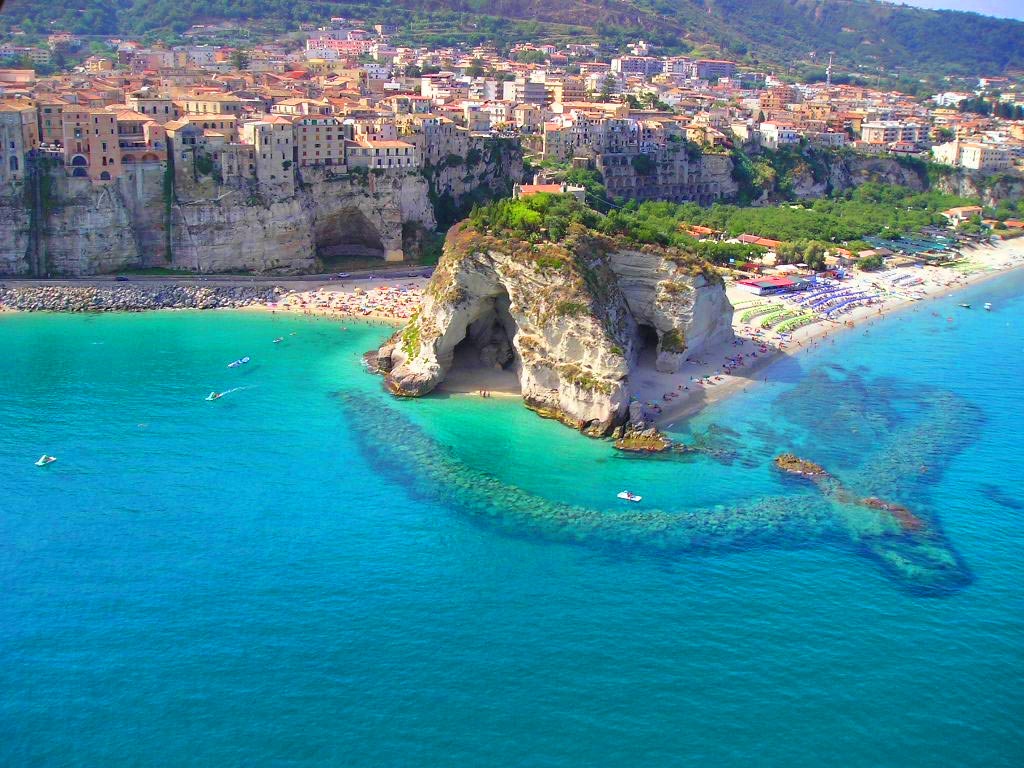 Miles and miles of untamed coastline that alternate with stretches of sand, suggestive villages facing the pristine sea, and lively, buzzing beach establishments are – in a nutshell – the elements of littoral Calabria on the Tyrhennian Sea.
Ideal for every type of vacation, the shores of Calabria offer ways to relax, have fun, and a multitude of other opportunities, even for the most exacting of travelers. 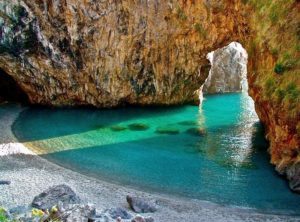 For those arriving in the Region of Calabria from the north, the first magnificent point impact is the Riviera dei Cedri, so-called for this area’s fruitful cultivation of the citron. This is the Upper Tyrhennian, where the first city to welcome vacationers is Praia a Mare, right on the border with the Region of Basilicata. Making up part of the National Park of Pollino, Praia a Mare – boasting splendid dark-sand beaches – is one of the Region’s most famous touristic localities. Take the opportunity to see Dino Island as well; springing up across from Capo dell’Arena, it offers beautiful grottoes that not just nature lovers will appreciate. Further south, Scalea greets visitors with its characteristic historic center and ancient walls. Its enchanting and narrow lanes make it pretty easy to wander and get lost for a while. Meanwhile, numerous and diverse hotels await at the water’s edge.
Shopaholics should seek out Diamante, rather, full of artisan bottegas and fashionable boutiques. Diamante also captivates visitors with its hundreds of intriguing murals painted on the fishermen’s houses in the historic center. Just as captivating however, is the excellent local cuisine, and the fact that here resides the Academy of Peperoncino. The little Island of Cirella lies close by, rich in coves and grottoes, all surmounted by a fortress from the 1500s.
The waters throughout this zone are thoroughly clean and awe-inspiring, yet it is between Amantea and Belmonte where the sea is, without a doubt, at its best. We find the tiny islands (scogli) of Isca dotting the waterscape; named a protected WWF Blue Oasis in 1991, they are highly-sought out by scuba divers.

Costa degli Dei (Coast of the Gods)
Also known as the Costa Bella for its vicinity to the Aeolian Islands, the Costa degli Dei is 34.2 miles long and spans the length of the Province of Vibo Valentia on the southern Tyrhennian.
Prized for its gastronomy (its truffle is renowned just about everywhere) and for its position overlooking the lovely Gulf of Sant’Eufemia, Pizzo Calabro is a little fishing village suspended precipitously over the sea.
After a characteristic lunch, make your way to one of the most breathtaking places on the Calabrian coast: Tropea. With its crystalline waters, Caribbean-like sands, and a vista that includes the Aeolians, the essence of Tropea speaks for itself. Certain products – such as its oily fish and red onion, for which an annual fair is held – also speak well of Tropea’s reputation.
Ever further south, opposite the mythic Stromboli, is the Promontory of Capo Vaticano, considered to be one of the world’s best beaches.
The seabeds, rich with life, and the bays, like that of Grotticella, are nature’s gifts to Capo Vaticano, and to those that seek it out.

Costa Viola
The Violet Coast is the point most south on Calabria’s Tyrrhenian Riviera, and its sea is deep and assumes, at certain times of the day, a fascinating violet color. Beyond the uncontaminated environments of the golden beaches and Monte Sant’Elia, Palmi (Reggio Calabria Province) is a significant attraction due to its archaeological finds dating back to the Neolithic period.
From history to nature and back again: Bagnara Calabra nestles within the hilly cliffs jutting over the water, and embedded among the vineyards. From here, a charming panorama of the Aeolians and Strait of Messina calls out to those fortunate to stand on these cliffs. Still, it is really Scilla that can lay claim to the best view in all of Italy. Both Homer and Virgil introduced this little fishing village to the world, and tourists flock here today to observe, of all things, the unique method of fishing for swordfish! 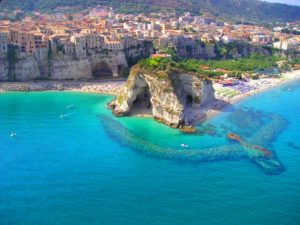